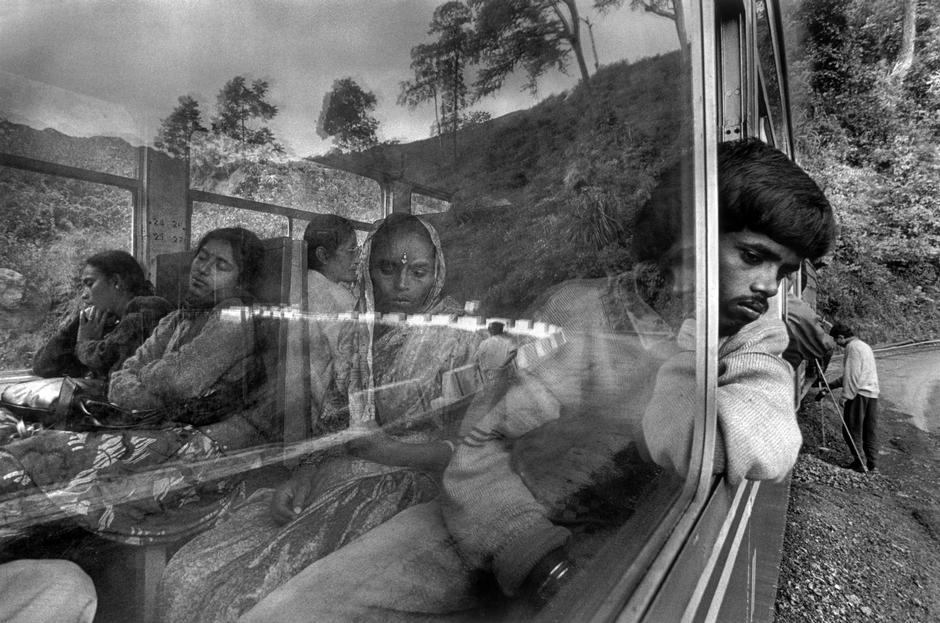 Sending outsiders may seem logical, but it skips obvious truths and can present people as things, instead of people.

We are not the accessory of white western women and men. We are not a souvenir to be taken advantage of for the sake of print and publication that will allow audiences to ‘coo and ah’ for an exhibition.

For years the photography industry has claimed to be a vehicle for equality, but it forgoes the needs and expressions of we ‘minorities’ (a term I despise) through a misguided interpretation of our cultures. We fight tooth and nail for a sliver of exposure, printed in millimetres below a photograph beneath someone else’s byline lasting for a day until the next article is published. Exposure. That’s what they call it.

Is this change a gimmick as they continue to send/encourage white western photographers from Europe, America to Asia, Africa thereby increasing jet fuel carbon emissions?

Such hypocrisy. And from an industry that has gained much from understanding little. Two years ago, National Geographic announced they would switch packaging from plastic to paper in the name of combatting climate change. But is this change superficial? Is this change a gimmick as they continue to send/encourage white western photographers from Europe and America to Asia and Africa thereby increasing travel and carbon emissions? An act that far outweighs switching out plastic for paper.

There are plenty of native photographers demonstrating proficient skill eager to execute such challenges in their own land. There have been many years to set-up networks to employ the services of photographers worldwide, so why haven’t there been efforts, concerted or otherwise? Because there simply is no care to do so, plain to see from those employed by major publications.

Many western photographers produce identical portraits attempting to enhance eye colour, facial features and cultural clothing as if it is a rare treat to see from lands of so-called exotica. Sending white western Europeans into remote lands simply tramples over the truth. They can get to a story, but not its DNA. That truth is reserved for those who know every breath and echo of fact and vibration in their homelands. Those living vicariously through the embellished sight of others should be wary of what they’re presented, as it is a selective snapshot.

Over the last 5 years, I met many who were more interested in showing me photographs they had taken, rather than discussing the politics and struggles of those they were photographing, mostly in organisations with charitable aims. Talk of gear and talk of work, without talk of the situation at hand. It was a very difficult time to digest and to contemplate the reasoning of the aftermath of those campaigns and the motives of those involved.

It is better to employ an energetically charged individual who seeks to capture their visions of a place their ancestors and family are from. Better still, where they’re from. We need this to happen, to stop the stereotyping and photographing from concentrate that is published. If anything at all, to stop the hacks of news from a ravenous need to print the words of ‘Islamist’ next to every brown or black person related and/or unrelated to the story in question, exhibiting a very conscious, careless use of the word.

The results are published stories of condescending tone designed to last a day, until the following issue emerges, erasing the contents of a feature filled with pretentious musings that impact the way we’re thought of. Here today, forgotten tomorrow, but remembered the way they wish us to be seen.

The works of those native to their country far surpasses the traveller. When opportunities are given to others, we the viewer, are rewarded with local perspectives instead of repurposed ones.

Has anything been achieved from the involvement of white western writers/photographers when there are plenty of talented, capable individuals who live all over the world? I once found myself faced by a white photographer who attempted to justify their need to intrude in a country with their camera on a whim, claiming they ‘felt an attachment’. Feeling and connection can be restored by photographers whose mother tongue originates from the country they once came or are from.

Not long ago, I attended a NUJ London branch meeting where I questioned the Financial Times’ photo editor over a lack of commisisons to people of colour and local photographers. She noted she knew African photographer’s were angry they were not commissioned for the Daesh kidnapping story. But ideas on how to counter this were lacking. I say, it’s very easy to fix.

What is to be gained from sending outsiders? Nothing. And in anticipation of rebuttals, there are no excuses to justify the selection of outsiders. But the reality is, the news and publishing industry is a racist steamroller intent on speeding up.

Does it bode well for hypocritical publications who allegedly champion rights for us all, only at a time when it became popular to do so? The change is right but came from social pressure, not awareness and this alarms me. I fear it is glossed over all too quickly like the attention spans of the many. F*** us all!