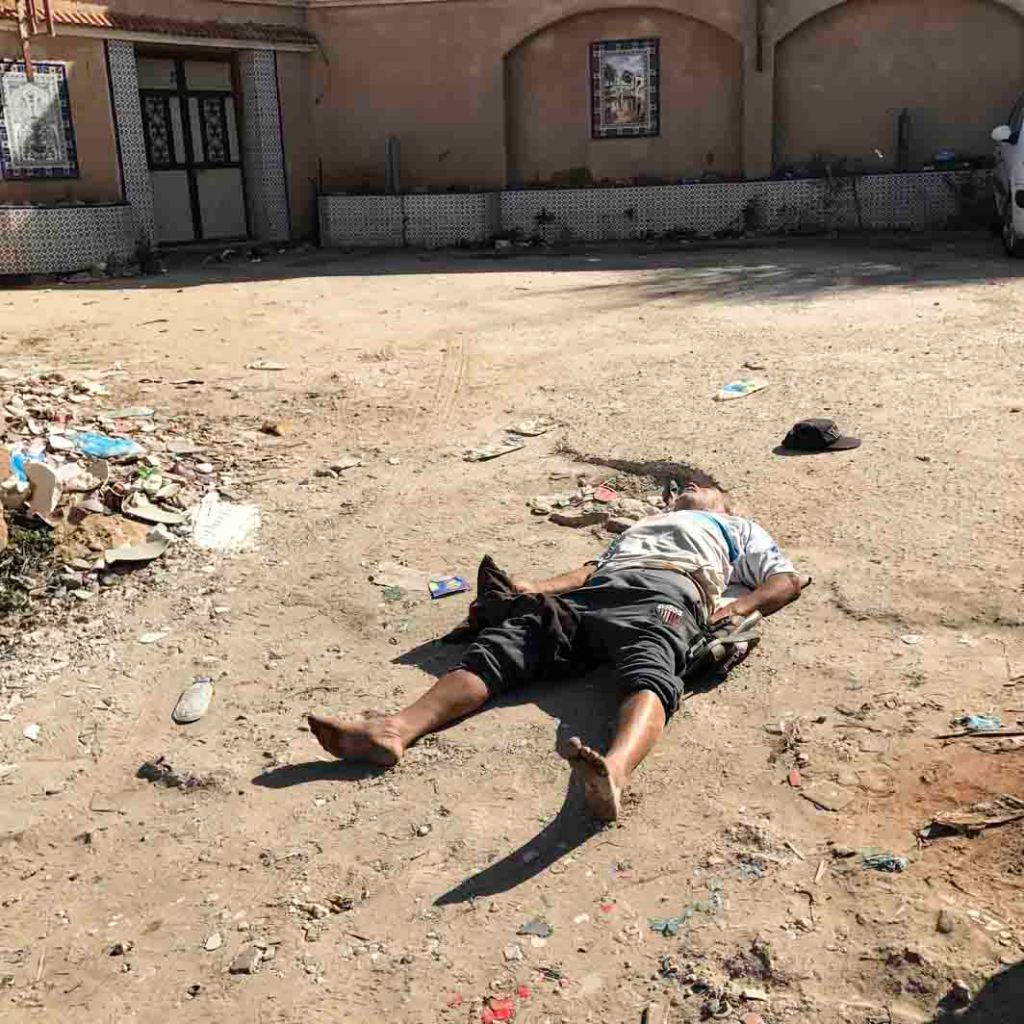 Mother nature has consecrated Algeria with sky-high palm trees, Tiffany turquoise oceans and miles of golden mountains. But all that glitters is not gold; beneath this glittering surface lays an obscure world. The air is filled with fatigue, whitewash and despair.

Algiers and Oran are one of the main tourist cities – domestic tourism that is. International tourism comes with restrictions, for many reasons. While many are unaware of the restrictions imposed on foreign tourism, few claim it’s for the protection of Algerian citizens. They pride themselves to be a Muslim society, with 99% of its population being that.

The streets are polluted with garbage, one can witness people throw bags of rubbish from their car whilst driving. French residential buildings are left to deteriorate in what seems to be a form of rebelliousness against their former colonizers, while French private and government-owned buildings are refurbished as a form of attraction. The general public turns a blind eye to homelessness, sex workers and alcohol abuse. The number of ‘casual’ sex workers in Oran is bewildering, despite the trade being illegal. It is also unlawful for unmarried couples to share a hotel room and establishments ask that wedded couples bring a marriage certificate with them for verification. There is a loophole in this regulation, by discretion of hotel management or if the hotel is foreign-owned. As for homelessness, people are treated terribly. This is not limited to black migrants who struggle with finding shelter and work in Oran, but also Algerian born individuals. Some are sadly affected by mental health issues and they’re broken.

Even though publicly consuming alcohol in most Muslim societies is illegal, resulting in a fine (or even jail time), this isn’t the case in Algeria. The beaches at Ain-Al Turk are littered with alcohol bottles and cans. Many drink alcohol during the day and in public. One may wonder if alcohol in Algeria is consumed as a form of pleasure or to drown one’s sorrows. While there, I witnessed a middle-aged man collapse due to what appeared to be alcohol poisoning on a mid-autumn day across the street from Hotel Amel. With no one in sight, the logical thing for me to do was to run to the hotel to seek help on behalf of an unconscious man. In Algeria, calling for help is not an option. In Oran, sympathy is rare, particularly towards black migrants.

Empathy can often be limited. People in Algeria can be sympathetic, but that will not save lives. After what felt like an eternity attempting to explain what could possibly happen to the unfortunate stranger, using a verbally forceful and threatening manner seemed the only feasible option to get my point across to the hotel manager. He ended up making unnecessary remarks about the unconscious man, claiming that if he calls the ambulance or police, he’ll be held responsible for anything that may happen to the stranger. In other words, people are better left dying in the street, for fear of being held accountable for the consequences.

What are the consequences? The worst-case scenario is jail time for a complete stranger’s death. It makes no sense whatsoever. Selfishness is a means of survival in Algeria. There was no hope in aiding the unconscious man that afternoon. The irony of it all is that the hotel’s name ‘Amel’, means ‘hope’ in Arabic.

Algeria is full of contradictions and oxymorons, it’s independence from France was both liberation and restriction. There is pleasure and pain, pride and shame in everything its citizens say and do.