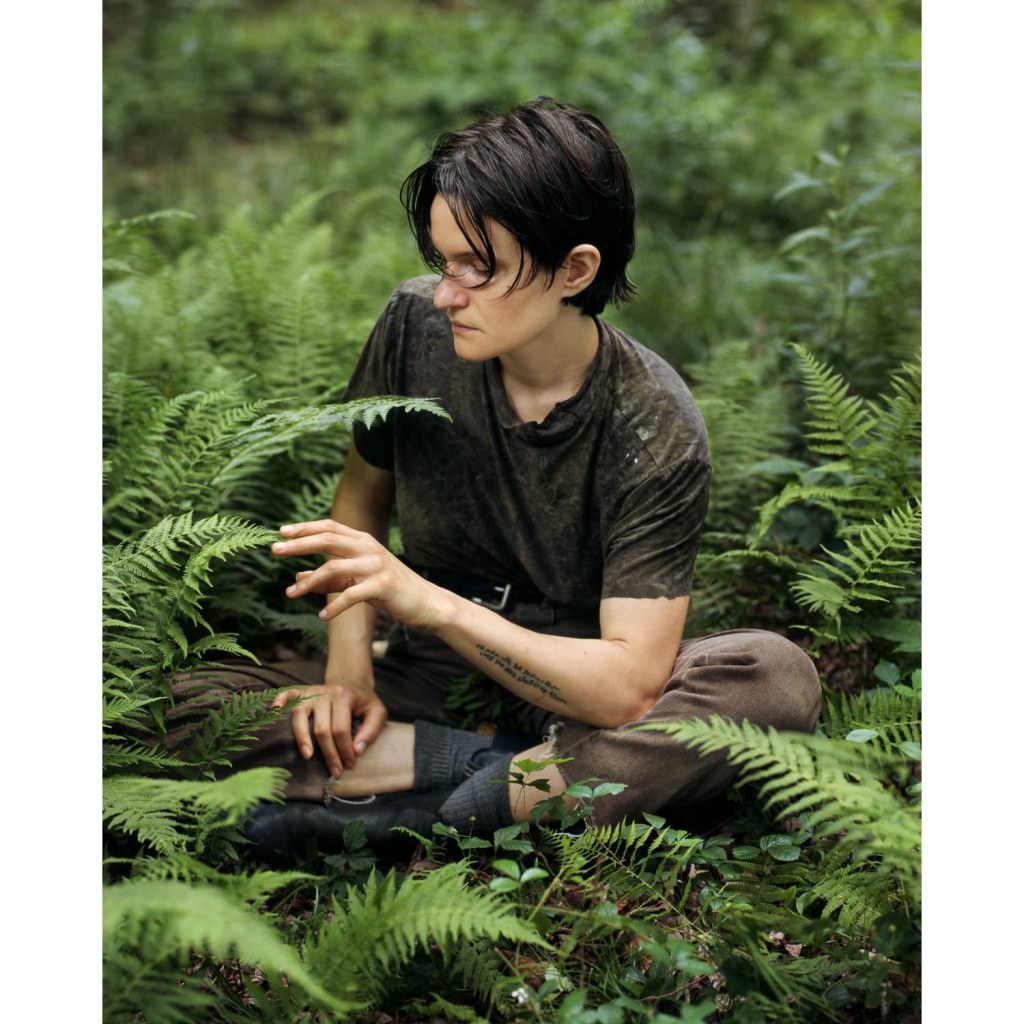 Filled with sentimental ponderings that wrestle with inner conflict and intimacy, the Indie-Folk singer-songwriter gently hits the nail on the head.

Her solo effort away from group ‘Big Thief‘ gives into a devoted fermentation of tender strings. Lenker has clearly put in the work on this album which is too much to be of the times, sounding as natural as they come. It often feels as if she is riffing for fun, filling what she creates with inner-sanctum. She says: “Nine of these songs were written freshly during the recording session. We began and closed each day with an improvised acoustic guitar instrumental”.

When we understand how she recorded this album, things become a little clearer. Lenker produced ‘songs‘ in a woodland cabin in Western Massachusetts.

The album, which was inspired by “heartsick“, evident on tracks like ‘dragon eyes‘ describes in vivid detail the bond she had with her partner “As the coastline is shaped by the wind, as we make love and you’re on my skin, you are changing me, you are changing”

Filled with endless confidential notes demonstrated on tracks like ‘anything‘, perpetual string slips clothe a song wishing to open up about being in the moment and present to forget the past and trust the future.

On ‘zombie girl‘, she details the hopelessness of understanding the extremities of love, paralysis and the continued need to understand bigger questions.

Speaking of the album, Miss Lenker said: “The one room cabin felt like the inside of an acoustic guitar — it was such a joy to hear the notes reverberate in the space. I got a hankering to capture it, so I called my friend Phil and asked “How’d you like to get outta the city and make a record that sounds like the inside of an acoustic guitar?” Phil said “100%” and by the grace of some of our dear friends, we were able to gather the materials needed.”

Overall, ‘songs‘ is a work of art, easy to sink into at any time of day or mood. It sets alight with emotive atmosphere and drenches the listener in her choir of thought and ardour for the one she lost.

It is both inspirational and telling. Although it ends abruptly, you can feel Adrianne Lenker continue through a soft touch of strings that are easy to visualise her playing at any time of day.