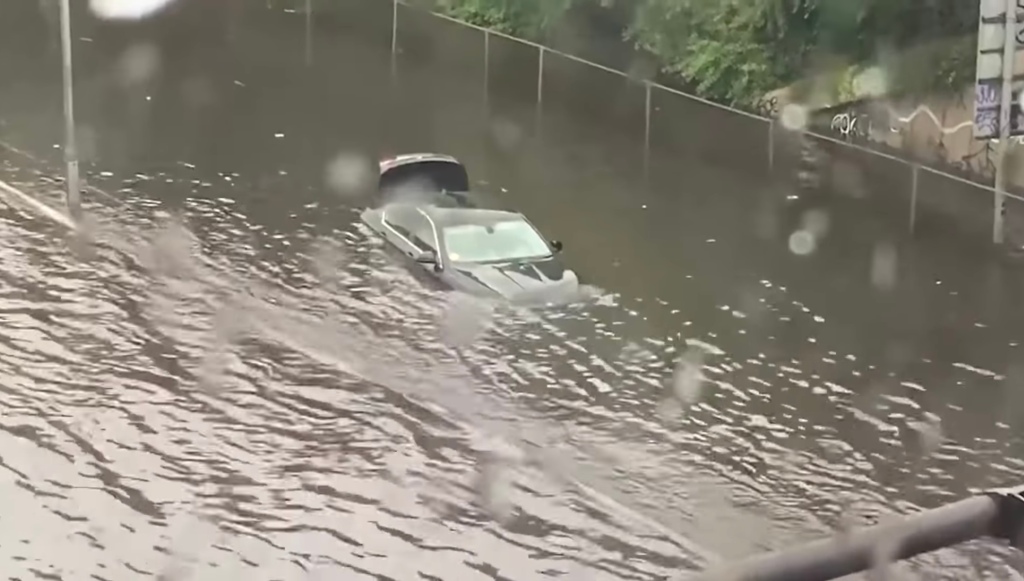 Unusual weather implicated in the flooding of London.

An amber warning has been issued by the Met office with forecasts of 3-4 inches of rain set to descend upon the south-east of England.

The warning was issued for the south east of England, though London may face greater flooding due to its proximity with the River Thames.

Hospitals have told people to stay away and to source neighbouring units where possible. Newham Hospital tweeted: “We’re still here if you need us but to help us while we fix things, please attend a neighbouring hospital if possible.”

Residents and city services did what they could to mitigate the risks, though the weather overwhelmed anyone it reached.

This volume of rainfall was made more likely due to climate breakdown due to the expansion of water. As the global temperature increases, so does the volume of water aiding it to evaporate into the air where it returns in larger amounts – the outcome being torrential events such as this.