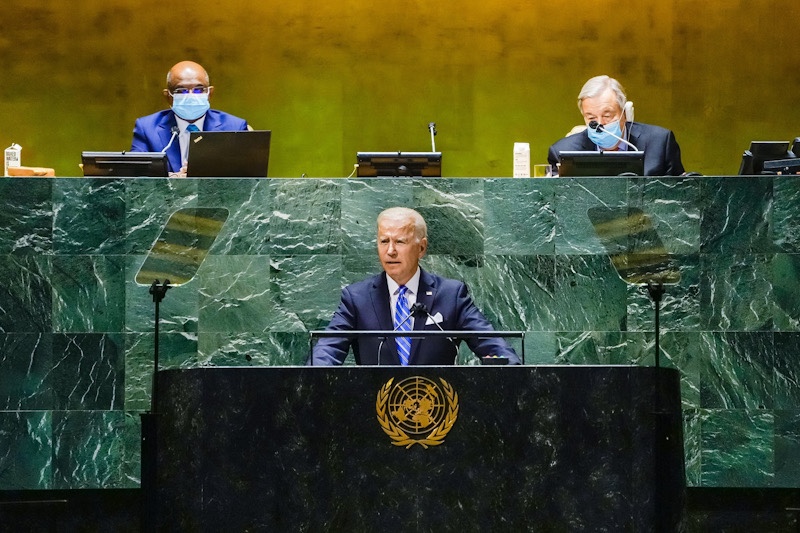 At the UN General Assembly, two of the world’s largest economies told how they will combat climate change.

In Madagascar, where droughts are becoming more common and intense with climate change, water is limited and precious.

As world leaders meet at the #UNGA, join us in calling governments to take action to ensure a water-secure future #ForEveryChild. pic.twitter.com/1m1sU7FR7i

The UN’s annual forum was held yesterday and the usual speech and bravado was performed alongside commitments made by several countries. Of the many promising hard action on climate breakdown was the United States alongside China, who committed $11.4 billion in climate financing to projects and subsidies and an end to coal use.

The climate alarm bells are ringing at fever pitch.

My message to every country: Don’t wait for others to make the first move. Do your part.

The climate envoy for the Republic of the Marshall Islands who is also the chair of the High Ambition Coalition for the UN climate talks, Tina Stege said: “Watching Biden’s speech today I thought – this is the announcement we’ve been waiting for. Now we’re looking to Congress to work with Biden to deliver, and to the rest of the G20 to follow suit on finance ambition.”

In a statement, the UN’s Antonio Guterres praised both the United States and China for their commitment saying: “I welcome President Biden’s announcement that the United States of America will significantly increase its international climate finance to approximately US$11.4 billion a year. This increased contribution from the United States will bring developed countries closer to meeting their collective commitment to mobilize US$100 billion a year in climate finance.”…”also welcome the announcement made by President Xi that China will end all financing of coal fired power plants abroad and redirect its support to green and low carbon energy. Accelerating the global phase out of coal is the single most important step to keep the 1.5-degree goal of the Paris Agreement within reach.”

But some climate scientists including Peter Kalmus are skeptical of President Biden’s actions fearing an increase in fossil fuel use may prevail:

If you are a US scientist, please consider signing our letter urging Biden for a complete moratorium on fossil fuel expansion, an emergency build-out of renewables, and savviness regarding industry delay tactics. #EndFossilFuelhttps://t.co/xefkidDNYZ

In the end, we’ve been here before. Lip service is paid, big moves are promised but nothing is done. Even Guterres admits that “we still have a long way to go”, something we have been saying for years along with the phrase ‘time will tell.’